This simple fusion of Glee and If We Were Villains turned into a mammoth of over 57k words. Here it is in all of its unbetaed glory 🙄 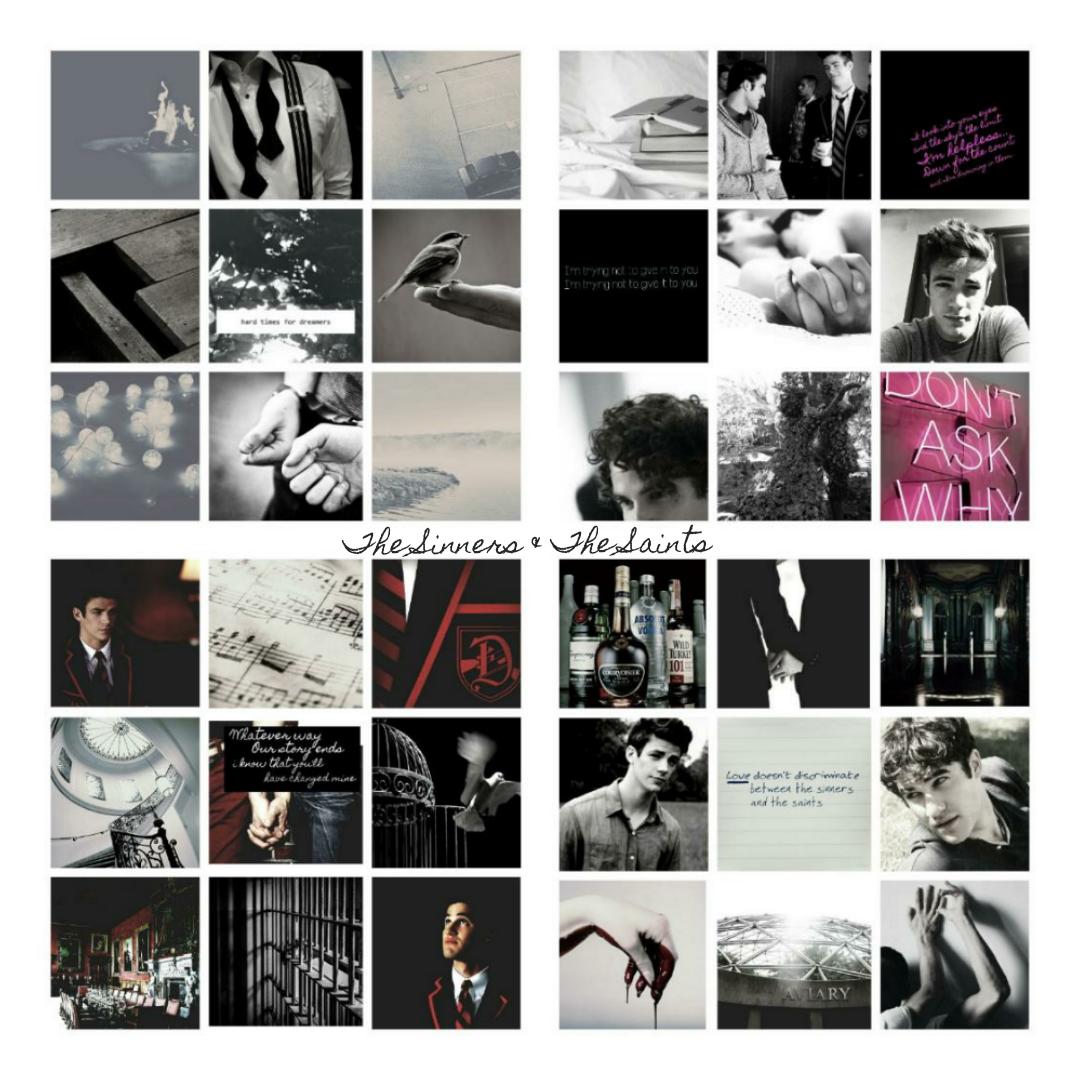 Save Your Heart, Take Your Soul

Anything by define_serenity (startwith the Beauty and the Beast au :)

A Caution for the Birds

Everything by pseudowoodo - including a two fic, post-canon set and a series of episode rewrites for season 4

What I've been writing:

"...the liquid measure of your steps..." The Flash, Barry Allen/Leonard Snart, PG-13

Right Round [Link to fic on AO3] The Flash, Barry Allen/Eddie Thawne, PG-13

What I've been reading:

Twelve Step Plan by DoreyG The Flash, Barry Allen/Leonard Snart, PG-13 [one of several fics written for one of my comment_fic prompts... Dorey is good to me :D Read ALL THE FIC you find one her page.]

Catch Me If You Can The Flash, Barry Allen/Leonard Snart, PG-13, job switch!AU (Snart is the cop, Barry the criminal) [This story is EPIC, omg. I want to live in its verse.]

Once In A Lifetime by kaitlia777 Glee, Blaine Anderson/Sam Evans, PG-13 [EPIC!]

... and, oddly, a whole lot of Seblaine fic... but that's probably going to have to have its own rec list :p

In one, he is a British soldier.

In another, a film actor.

In another, almost exactly like his own, Charles is his enemy. Everyone blames Erik, entirely.

In another, Erik tries to bend the bullet Charles gleefully sends his way... Charles bends it back.

Erik refuses to test out any more machines which Hank has termed 'multi-dimensional' in any way.

2.
"Heh. There's enough candles in here to- Lex! We are not 'accidentally' burning down this bed and breakfast!"

3.
After their fifth date, Lex can't believe his luck. Cameron is the kindest, most unaffected, most giving lover that Lex has ever had...

After their first anniversary, Lex starts believing. He removes the bugs monitoring Cameron's every move.

Well. Most of them.

He's a madman - and only now does Crowley realize how this might be... problematic. It's one thing to be aware of the many ways in which Dean Winchester has repeatedly defied expectation - not to mention common sense - but it's a horse of an entirely different color to see his particular brand of recklessness up close, and with some investment in the outcome.

Perhaps they were doomed from the beginning; lucky thing for Dean, almost certain damnation's hardly a deal-breaker for the king of hell - more like a challenge.

But somehow almost everything I've written in The Flash fandom so far has been about Barry/anybody but Eddie :p I've gotta fix that.

In the meantime, here are the things I've posted lately:

THIS IDEA HAS BEEN HAUNTING MY BRAIN.

He thinks about it too much and not enough. He's never ready for the shock of lust-need-pride-mine that slams into his body like a prizefighter whenever Charles arches his back and screams. Those breathless words on Charles's pretty red lips... "More. I can take it... Please, Logan, please, more..."

"Did I tell you you could beg?"

Except, then it will all stop. This whole, crazy thing with Charles... It'll all be over. And no part of Logan wants that; especially not the part that only ever comes to life in the kid's cold, metal room. The part that didn't exist before Logan met Charles. That swells - that wants to growl and bite, like an animal - whenever Charles moans in pleasure or pain. The part with claws, and an appetite that scares Logan; a seemingly invulnerable desire to chase Charles's pain around his playroom and rip through it with the edge of their shared pleasures.

Logan wants to end Charles's hurting. The deep-down scar tissue that moves Charles to beg for Logan to hurt him in ways that can heal, can take his mind off of the wounds that can't.

But Logan doesn't want to "stop."

He's pretty sure that means that they're both fucked now, in ways that Logan can't pretend to know what to do with.

Title: And From the Fire Into More Fire
Fandom: X-Men: Days of Future Past
Rating: PG
Summary: In Paris, Charles tries to help Logan by letting Logan inside of his mind the way Logan lets Charles into his in canon.
AO3: http://archiveofourown.org/works/2028765
Author's Note: This was written for another prompt at

Title: The Consequence of Faith
Fandom: X-Men: DOFP
Rating: PG
Summary: This is a drabble written for this prompt at

xmen_firstkink: Raven takes Logan to Charles after finding him in the water because she knows Charles has grown to care for him. (Charles's "care" can be read as platonic or more.)

Is anyone else watching Finding Wesley Carter on MTV? :p

So I've managed to shake something fic-like out of my head, concerning the pairing that kind of ate my brain after I saw the latest X-Men movie :p It's here at AO3 if you'd rather read it there and was written in response to this prompt on

xmen_firstkink. The title comes from the Passenger song of the same name:

Title: Keep On Walking
Fandom: X-Men: Days of Future Past
Pairing: Charles Xavier/Logan (Wolverine)
Rating: NC-17
Summary: "I want this while I can still have it," Charles says, sounding clear-headed enough.

Something in his voice stops Logan's breath. Logan swallows. "You can't have-"

"I am capable of having sex without the serum," Charles tells him and doesn't look away. "But I'm not talking about my paralysis."